An Airline Bailout Must Work for Pilots! 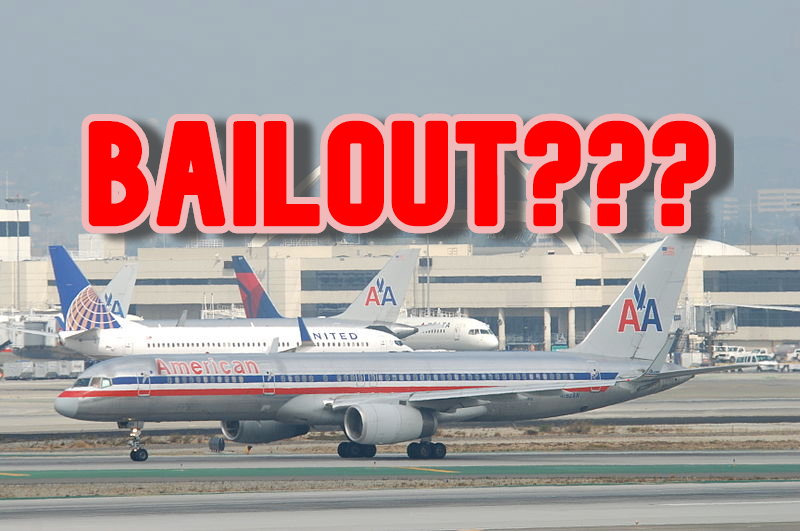 Without a doubt, airliners are taking a pretty substantial economic hit right now. With a global pandemic ongoing, many people have cancelled their travel plans. As a result, workers in the aviation industry are being left high and dry.

The airline industry is asking for $60 billion in bailouts. In theory, this huge sum should keep the industry afloat for a while. But if money is not properly allocated, pilots and other workers, such as flight attendants, would be no better off than they are now.

We need a bailout that works for pilots. Let’s take a look and see if that’s what we’ll get.

The Air Line Pilot Association, a major union, has demanded that “any economic relief package must contain strong labor protections.”

According to Sara Nelson, Association of Flight Attendants President-CWA, calls for direct payroll subsidies to workers in the aviation industry. Not just cash for the airline carriers.

Nelson is correct. Without subsidies, airlines may have to undergo massive layoffs if they cannot meet payroll. Including for pilots.

Also, because the aviation industry has stringent safety requirements, such as background checks, any period of rehiring would slow the crucial airlines as they return to service.

Nelson went on to emphasize the importance of keeping everyone in the aviation afloat by noting that “If airlines are slow to recover, other industries will be too.”

Will Pilots Approve of the Bailout?

As we mentioned above, everyone involved in the aviation sector should directly benefit from the bailout to maintain order, the industry, and the livelihood of those in the industry. However, the $60 billion may not be distributed in proportion to those who actually need it.

Over the past decade, the majority of profits earned in by airliners has went into stock buybacks. In case you are not familiar with this concept, it is the term used to describe when a company buys its own shares of stock.

In general, this process earns stockholders, i.e. CEOs and other executive members, more money by inflating the value of the stock.

To give a better idea of how the stock buyback practice skews profit margins between employees, in 2018 American Airlines CEO earned roughly 195 times the median aviation worker’s wage.

So rather than increase pilot pay or save money for a situation like we are currently in, airlines such as American Airlines chose to risk it all for their shareholders.

Now that the inflated stock value and profit margins are plummeting, executives benefiting from the buyback scheme are likely to seek a large portion of the bailout to recoup their own “dire” losses.

A Bailout that Works for Airline Pilots and Workers

Rather than a blank check, here are some ideas for how a bailout could look that would help pilots and aviation employees:

Other options include the government actually purchasing stock rather than simply handing out money. Then once the airline is up and running, the government can sell the stock and give it to the American people.

If these stipulations are added as a conditional requirement in the bailout, our government can ensure pilots and other workers are protected and taken care of during this ongoing crisis.