Published: 07-20-2020
In memory of Captain Emily, read about her sky-breaking story. 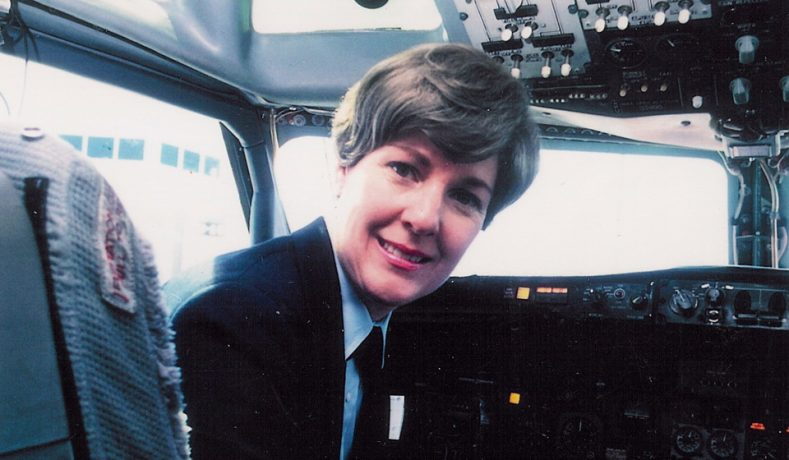 Before 1973, pilots flying in commercial airspace were exclusively men. Prior to that year, young women and aviation enthusiasts like Emily Howell Warner were unsure whether or not they could ever become pilots.

Fortunately, while training to become a flight attendant, Warner realized a flight school was looking for people like her. Warner seized the opportunity, becoming the first woman to fly commercial and marking a number of other milestones in aviation.

Captain Emily Warner passed away July 3rd, 2020 in Denver, Colorado at the age of 80. In this article, we explore Captain Emily’s historic journey and honor her memory.

Going From Interest to Pilot

After discovering she could take flight lessons, Warner, nicknamed Captain Emily, enrolled in a flight school for $13-a-week. From there, “The Airline's First Lady” followed the same path most budding pilots take to fly a commercial aircraft. She got her pilot’s license and become a flight instructor.

Unlike her peers, however, Warner did not become a commercial airline pilot for another 15 years. Despite applying for numerous pilot availabilities, she was turned down every time.

Nevertheless, Captain Emily did not let this slow her down. Instead, Warner accomplished the following:

Finally, in 1973 the Vice President of Frontier Airline set up a meeting to interview the accomplished pilot in person.

According to Warner, the end of the face-to-face session unfolded as follows: "And then at the very end, he said, 'Well, what would we do for a uniform for you?' And I kind of laughed, and I said, 'Mr. O'Neil, that's the least of your problems. Pantsuits are in style'".

After passing the simulation test, Warner started working for Frontier in January 1973 and became the first lady pilot to fly commercial. As for the aforementioned pantsuit uniform, it is on display at the Smithsonian Air and Space Museum.

Some people break ground. Captain Emily broke the sky wide open for other women to become pilots, and other commercial airlines warmed up to the idea..

When asked about these events, Warner stated, "After I got hired by an airline, then another airline hired a woman, and then pretty soon, some other airlines were hiring women". She went on to jokingly note “There's a lot of women pilots now. We're taking over”.

Throughout her career, “The Airline’s First Lady” established several other firsts in the aviation industry. For example, Captain Emily was the leader of the first all-women Continental Airlines flight crew in 1986. Other noteworthy accomplishments are listed below.

In addition, if you have ever flown out of or to the Granby airport the name Emily Warner may be familiar to you since the field is named after “The Airline’s First Lady”. Hopefully that tribute will remain a long-standing honor to the memory of a woman who reached new heights.