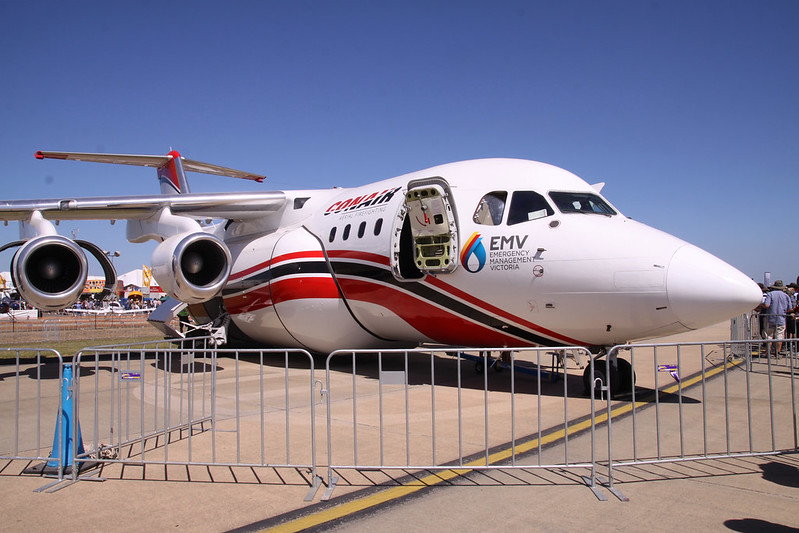 Wildfires have ravaged the country in 2020, especially on the West Coast. Easily seen in nightmarish videos posted to social media, these fires have led to billions of dollars in damages and even death.

Due to heavy winds, a dry climate, and a lack of effective government planning, fighting the wildfires has been especially difficult this year. Fortunately, citizens are coming up with proactive ways to tackle some of the firefighting hurdles.

In this article we take a look at a couple examples and how commercial airline pilots are helping while earning a paycheck.

Are Drones Enough to Squelch Flames?

One reason that wildfires are so difficult to extinguish is the issue of proximity. When putting out a small kitchen fire, people get pretty close to whatever is burning while extinguishing the flames. Forest fires, however, require a much safer distances.

The raging flames of a wildfire can easily exceed temperatures of 1,400 °F, and a gust of wind can quickly and dangerously carry a fire from one area to another. Most of the time, the best firefighters can hope for is containment – keeping the fire away from important buildings and structures.

One way to accomplish this is to fight fire from the air. Drones are one answer.

The Michigan Air National Guard recently supported California via MQ-9 Reapers. These drones are capable of conducting long distance missions, such as putting out flames. To-date, these pilotable machines have contributed over 80-hours of firefighting flight time.

Another noteworthy drone example is the L3Harris FVR-90. These high-tech devices are capable of 15-hours of flight time, vertical ascension, and operated by pilots. To ensure optimal efficiency, the remote operators work in collaboration with firefighters and rescue workers. As of date, there are 15 FVR-90s currently in operation, and collectively they have attributed over 1,000 flight hours.

Despite heavy usage of drones, California still struggled to contain the overwhelming flames. One answer is to turn to commercial airline pilots for assistance.

Commercial Airline Pilots to the Rescue?

Australia is one country that has shared both the devastation of wildfires and the effects of coronavirus on the aviation industry along with the United States. In Australia, the country is training their grounded commercial airline pilots to become firebombers.

To make the transition as seamless as possible, many accepted candidates tend to have extensive experience in low-altitude flying. Those able to complete the training for aerial firefighting will be employed during the upcoming bushfire season.

In addition to helping to fight the mass destruction of wildfires, this solution also helps put to work furloughed pilots, especially those who lost work due to the pandemic.

The firefighting training is not a simple transfer of skills, however. If the United States were to develop and implement a similar program, both state and federal officials would likely have to become involved. So if this sounds like a good idea, be sure to contact your representatives and ask to establish a pilot-to-firebomber training program.