First Airbus A220 Assembled and Delivered in the United States 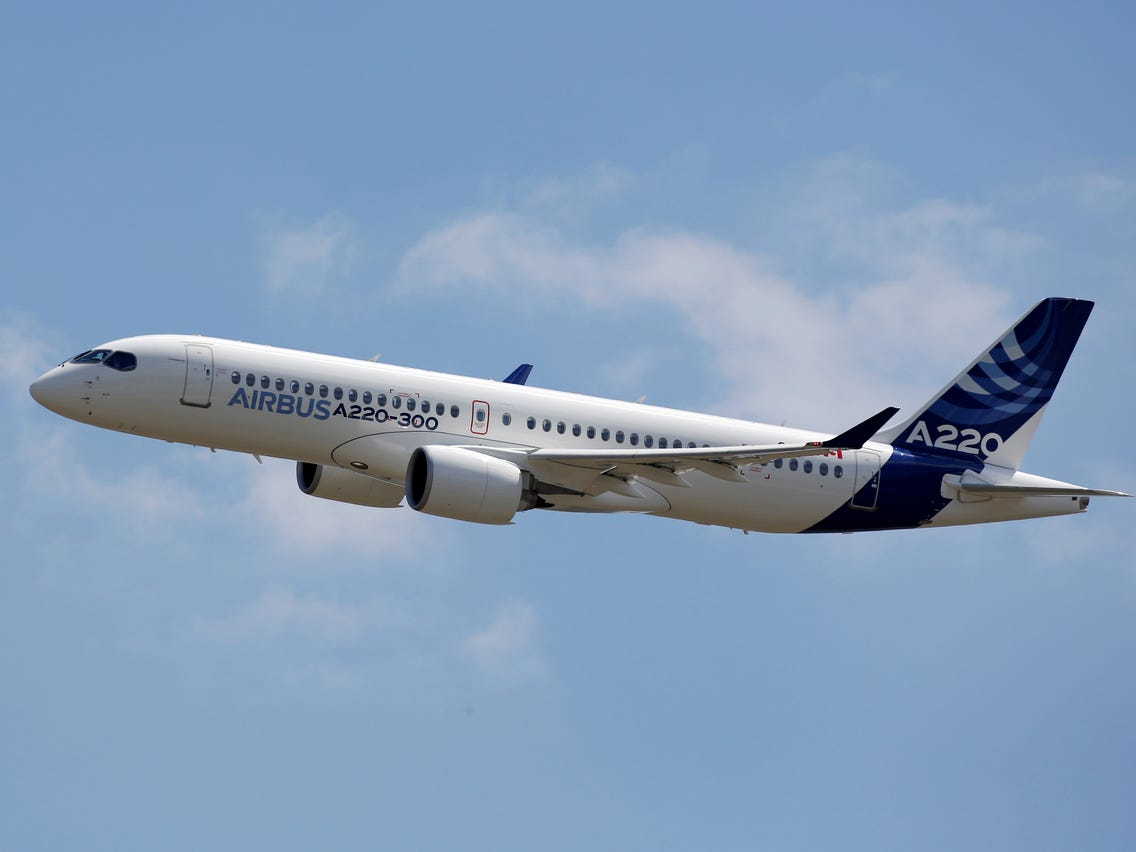 Airplane manufacturer Airbus is registered in Netherlands and based in Europe. Most Airbus aircrafts are not made in the United States, but this year marks an exception.

In this article we take a look at why Airbus altered the manufacturing process for the new A220 and discuss whether or not the decision is a sign of things to come.

Although Airbus manufacturing facilities are located in Europe, the manufacturer expanded its production process to the United States when tariffs were increased on airplane transactions.

In 2017, the US Department of Commerce imposed an almost 300% tariff on a Delta Airlines order7. The decision was from the government was made after Boeing issued a complaint about competitors selling airplanes at prices significantly lower than market value.

The aircraft order in dispute was from the Bombardier C Series. Delta then joined forces with Airbus to manufacture the aircraft in the United States to bypass the tariff. In exchange, Airbus received 50.01% ownership of aircraft program and announced a change in the airplane model name.

Instead of being known as the C Series, the line would be labeled A220. Once this name change was established, Airbus set to work developing a manufacturing facility in the United States to bypass the tariffs originally imposed.

Airbus Manufactures in the US

Over the next two years, Airbus started scouting for land compatible with the needs of an airplane-manufacturing facility. Eventually, the company secured a location in Mobile, Alabama, and started development in January 2019.

Currently, the 270,000 sq ft facility features five assembly stations, ample room for maiden voyages, and the capacity to develop A220-100, A220-300, and other variants of the model. Over 400 employees at the Mobile and Mirabel, Quebec, locations worked together.

As a result, Airbus has delivered the first A220 to Delta Airlineswithout the 300% tariff.

According to C. Jeffrey Knittel, CEO at Airbus Americas, “The delivery of the first U.S.-built A220-300 is a historic moment that highlights Airbus’ growing industrial footprint in North America and makes us all extremely proud. We look forward to seeing passengers delighted by the experience of travelling on board this brand new A220-300 proudly built in Mobile, Alabama.”

To further honor the achievement, Philippe Balducci, Lead for the A220 Program, stated, “Handing over the first U.S-assembled aircraft to a U.S.-based customer is a real point of pride for the A220 programme. This delivery is the first of many to come and shows the strong collaborative spirit between the A220 Programme teams globally.”

With the success of the initial Delta Airlines delivery, Airbus is now aiming to deliver another A220 to JetBlue by the end of the year.