Published: 04-11-2021
This new training program has been a hot topic among pilots and citizens. What are your thoughts? 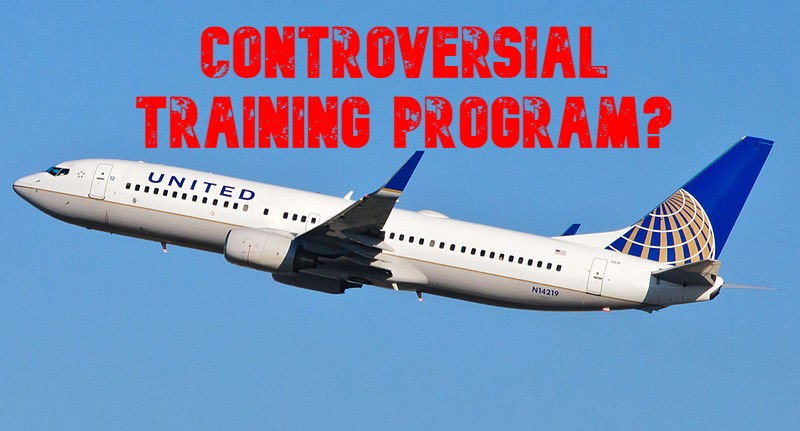 Travel bookings are on the rise. Vaccines are expected to become widely available within months. Furloughed pilots are returning to work.

Is this normalcy at last? Well, if this is normal, then the airline industry might be back to worrying about their pre-pandemic concern – the alleged airline pilot shortage.

To solve the alleged shortage, United Airlines has recently announced that they are committed to training their own pilots with a specific commitment to hiring additional women and people of color.

But while United ramps up efforts to hire new, inexperienced fliers, many existing pilots received reduced hours at United Airlines during the pandemic.

With those pilots returning to full employment, is now really the time to start a new flight school? Should airlines be ramping up the training of pilots with little-to-no experience when so many need to return to work? And how does this relate to the alleged pilot shortage?

Whether or not there was actually an airline pilot shortage or simply an unwillingness to pay existing pilots enough to fly is an ongoing debate.

Airlines and aviation companies argue that the profession is simply a numbers game. They argue that there is an overarching global trend of retirements as baby boomer pilots retire at age 65.

Back in 2016, Boeing claimed that, globally, 679,000 new pilots would be needed by 2035. And while these are worldwide figures, this still affects the US market.

On the other hand, pilots are well-paid employees. If there is a surplus of pilots needing employment, the airlines don’t have to offer wages as high. Simple supply and demand.

Pilots and their advocates argue that commotion about a “shortage” is really a refusal to offer wages and benefits that would entice enough pilots to sign onto the job.

Furthermore, the FAA even raised the mandatory retirement age from 60 to 65, allowing even more pilots to fly.

So one question arises: Do airlines really need to be training new pilots on their own? Especially after the pandemic?

United Airlines has a plan to start their own pilot school and train 5,000 new pilots with little-to-no experience by 2030.

United further said that they would offer $1.2 million in scholarships ““to break down the financial barriers that limited access to the airline pilot career path for generations of women and people of color.”

Investment bank JPMorgan Chase will match that amount of money.

For many activists, the United training program is a big win. The disparity in the sex, gender, and ethnicity of pilots is not merely a happenstance correlation. Many argue that the lack of gender/racial diversity is due to a legacy of discrimination and bigotry. An effort to seek out new pilots from previously marginalized communities simply levels the playing field.

For others, many see requirements as a form of quotas, and there is concern by some that the most qualified candidates may not be chosen. In a thread filled with comments from all sides, United assured Twitter users that all its chosen trainees would meet or exceed the standards they set. That said, there is a difference between choosing a collection of 5,000 people that exceed a common denoninator versus simply choosing the top 5,000 applicants.

A third argument posits that the focus on diversity may be admirable but it intentionally conceals the larger issue, which is the airlines’ financial motivation and continued efforts to increase the supply of pilots. A surplus could potentially lower wages and living standards for all pilots, regardless of their identity, while airlines get positive PR for aligning with the dominant cultural trends in the country.

Such an accusation follows a trend of “woke washing,” where supposedly socially-conscious companies purport to take on positive cultural values while simultaneously taking socially-harmful actions. For example, socially-conscious Nike lobbied against a bill preventing imports that used forced labor from China’s Xinjiang region.

As the economy opens up, travel has already begun to increase. Existing pilots should get more hours, and hopefully those who were furloughed will regain their work.

From there, the pilot shortage debate will likely continue to rage on. The merits of these arguments will have to be weighed by airlines, pilot advocates, passengers, and the aviation industry at large.

Additionally, a fervor of social transformation is animating the country. How people and corporations continue to navigate these periods will leave a lasting impact on the culture and economics of this business.

But regardless of what changes may come, the one constant in America is the profit motive, and pilots deserve to be paid what they are worth.

Let us know your thoughts on United’s training program in our Airline Pilot Forums.