Naps on a Plane: Should Pilots be Allowed to Sleep on the Flight? 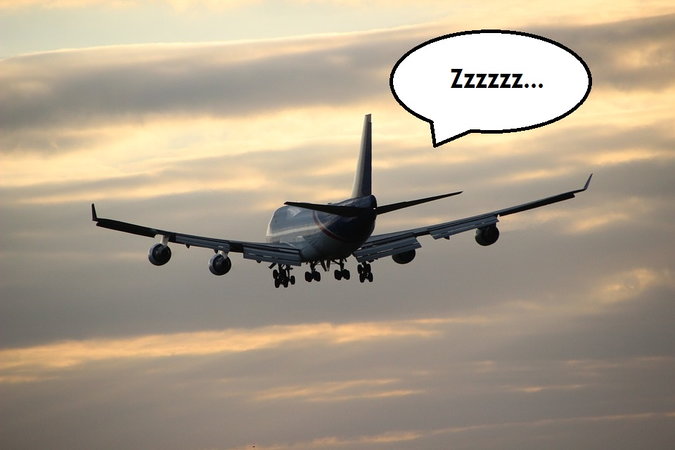 Picture this: You’re soaring through the atmosphere. You get on the mic to address the cabin and crew. However, instead of your normal message, you end up saying “This is your captain speaking. From dreamworld.”

Startled, you wake up and realize it was just a dream. But you’re really on a plane, and you’re not going to get fired for sleeping.

Sound a bit farfetched? Well, pretty soon it may not be. Having unconscious pilots on board appears to be what the aviation industry needs to improve safety.

Pilot fatigue is a big deal. It can lead to minor issues, such as a change in disposition, to major life-threatening ones. Fatigue, in the general sense, is brought on by a poor sleep schedule. This can mean either an amount of sleep less than 8 hours or a simple lack of consistency in your schedule.

Additionally, pilots suffer from work fatigue, which is slightly different from regular fatigue. Work-related exhaustion comes from extended periods of work without a somewhat equivalent time off period.

Foregoing these important stretches of rest and relaxation can lead to a build of mental or emotional turmoil. And given enough time, this stress can cause any of the issues below.

These are not symptoms we want from pilots entrusted with the safety of so many.

Now, general and work-related fatigue are bad on their own, but pilots experience both on a semi-regular basis (i.e. working 12-hour shifts) in addition to a few other unique situations.

Captains and co-pilots often start their work day in one time zone and then end it in another. This leads to internal time zone variance. For example, pilots can clearly see it’s 12:00 PM where they are. But that doesn’t change the fact they physically feel like it’s 1:00 AM.

The collective stress of all three types of fatigue has led to a call for "Controlled-Rest In Position" or CRIP.

That said, there will be strict regulations associate with it such as those listed below.

CRIP is a humane and straightforward way to address pilot fatigue. Taking a 40-minute nap can provide the relief pilots desperately need. And the 15-minute grace period ensures pilots are able to get their bearings without rushing back to work.

Nevertheless, if the public does not understand why CRIP is important, they won’t support the movement for more naps.

According to a survey conducted by Florida Institute of Technology, most consumers find the idea of an unconscious pilot frightening. That said, the test goes on to reveal people tend to feel better about the idea once they understand why CRIP is needed. Reducing pilot fatigue improves safety, even if sleeping pilots might be counterintuitive.