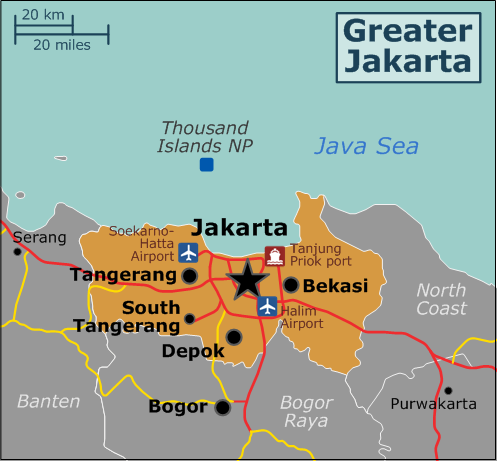 Unfortunately, the New York Times is reporting that a domestic flight in Indonesia has crashed. The flight departed from Jakarta with 181 passengers and 8 crew members before crashing into the Karawang Bay, shortly after takeoff.

The plane belonged to Lion Air. The airline started in 1999 and quickly boomed in growth. Lion Air became the second largest purchaser of aircraft from Boeing, but the news from the airline hasn’t been all good.

Lion Air has been involved in a number of incidents, accidents, and crashes. After one such crash, 53 routes from Lion Air were revoked by the transportation ministry.

Furthermore, Indonesia itself has been criticized for its record of air safety. Multiple Indonesian airlines, including Lion Air, were banned from flying to Europe and the United States until earlier this year.

Other countries with airlines banned in the EU include Afghanistan, Eritrea, Sudan, Libya, and Syria.

Today’s crash involved the new Boeing 737 MAX 8, though, and some suggest that the new short-haul aircraft may be to blame. Lion Air said the new plane experienced a “technical problem” during a previous flight, but that it had been resolved.

US pilots generally don’t have much to worry about with safety. One reports suggests that US airlines are so safe that it’s hard to rank them by safety. With 29,000 commercial flights per day in the US, traveling by plane is much safer than by car.

But for pilots, who may fly all over the world, safety could still be a concern.

So we ask our community in Airline Pilot Central: Which airlines would you avoid? Has safety ever been a concern for you? Are there specific countries you have avoided?

Let us know your thoughts on safety and the Lion Air crash in our forums.