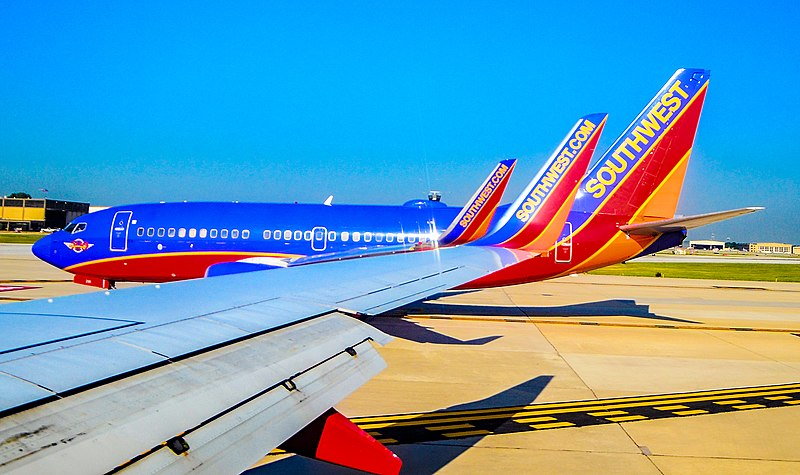 Airlines are preparing for the effects of COVID to stretch into 2021. The aviation industry has been one of the hardest hit, with a 70% loss of travel compared to last year. In response to the crisis, Southwest Airlines is saying that they will cut 10% from the salaries of their nonunioned workers, and they plan to ask for a similar negotiation from their unioned workers.

Union and Nonunion - Who Takes a Pay Cut?

After a staff reduction from 61,000 to 44,000 in June, Southwest’s losses have decreased (which is not a consolation for the 17,000 who lost their jobs), but they are still high. Southwest reports losing about $17 million a day to keep the airline afloat.

The initial nonunion pay cuts will begin in 2021.

According to Gary Kelly, Southwest Airlines CEO, “We would have to wipe out a large swath of salaries, wages and benefits to match the low traffic levels to have any hope of breaking even, absent substantial improvement in our business”.

Southwest claims that the 10% salary cuts will prevent additional furloughs, and they are counting on this including negotiations with the unions. Aboout 85% of Southwest employees still employed by the airline are part of a union. Of those, the majority are pilots.

Kelly is asking for “reasonable concessions” from unions by January 1st.

Although it means little to the working pilots who may have to take a cut, Kelly has also reduced his own personal salary from $750,000 to $0 until 2021. Senior management will see a 20% decrease in pay until the end of next year

To further drive home the point, Weaks added “Southwest can trim a little off cash burn… but it can’t get there on the backs of labor unless everyone agrees to literally work for free.”

In a statement issued by Lyn Montgomery, Transport Workers Union Local 556 President, “We want the company to look at creative ways to avoid furloughs”.

Montgomery went on to note that “Historically, concessions haven’t been able to avoid furloughs in the airline industry, and then employees are working under those conditions for much longer.”

The Southwest CEO remained firm though:

“We simply don’t have time for long drawn out complex negotiations, and I’ve instructed our company’s labor team to take a simple approach.”

Kelly also informed employees that “Obviously, I’ll entertain any ideas that your union reps have, but again, we need to move quickly and with a goal of having cost savings in place for all employee groups by Jan. 1, 2021.”

Will Southwest reach their goals and stop the bleeding? And who will pay for the tourniquet?