The Boeing 787 First Took Flight a Decade Ago 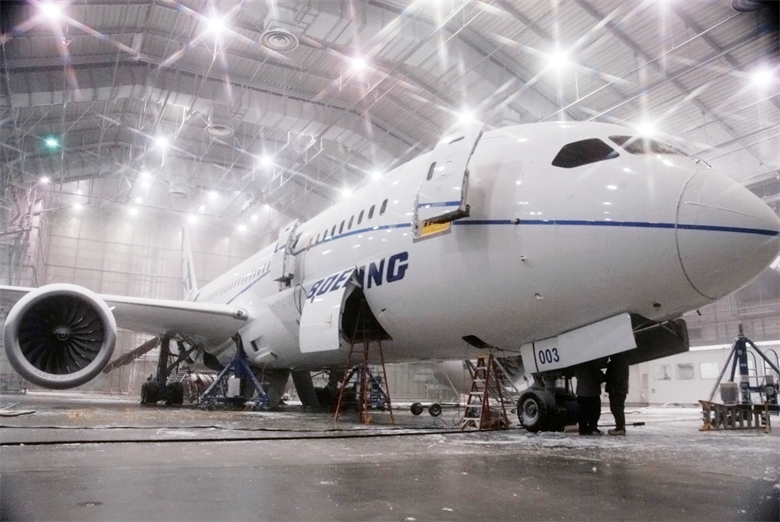 This month marks the 10-year anniversary of the Boeing 787 maiden voyage. If the decade marker seems a bit off to you,don’t worry. The first official commercial trip was in 2011, but the initial flight actually took place in 2009.

There is a lot of history behind this iconic aircraft. Let’s take a look at its background and discover how the 787 became known as the Dreamliner.

Prior to the construction of the airplane, Boeing conceptualized the first aircraft to be made mainly of carbon composites. This would have benefits regarding the weight of the aircraft as well as greater cabin pressure, the capacity for larger windows, and less corrosion.

The Boeing 787 initially had to variants with different seat capacity – one for 242 passengers and another for 330.

The Boeing 787 would be a fuel-efficient aircraft that used about 20% less fuel than its predecessor, the 767. But this new plane wasn’t always called the 787.

What’s In a Name for a Plane?

As for the title of the airplane, a public competition was held in July 2003. Approximately 500,000 votes were cast among the following potential titles.

The winning name was decided, and the new plane would be the Dreamliner after that date.

But at that point in 2003, the plane was still called the Boeing 7E7. It wasn’t until January 2005 that Boeing changed the designation to the Boeing 787.

Getting Ready to Fly

With a name set, the airplane manufacturer worked with international suppliers and began assembling the 787s at the Everett, Washington factory.

The 787 took its first flight on December 15th, 2009 from Paine Field Everett, Washington, to Boeing Field in Seattle. After the successful completion of this 3-hour flight, Boeing approved the 787’s commercial use worldwide. This is the date we are using to celebrate a decade flight.

On October 26th, 2011, the 787 flew commercially for the first time. The route was from All Nippon Airways, or ANA, in Tokyo to Hong Kong. Achieving this aerial milestone opened the floodgate for orders and one month later the Boeing 787 entered into regular service.

The control system of the Boeing 787 uses a similar fly-by-wire layout to the one used in the 777. Other systems, such as wheel brakes, engine starters, and compressors were switched over to electric as well, which was a major change from traditional airplanes at the time.

Another milestone is the Deamliner’s ice-repellent wings, also known as electrothermal heater mats. These replaced the traditional system of directing hot air, generated via the compressor, onto the wing slats.

Thanks to the popularity of the 787, American and United Airlines have equipped their fleet with approximately 40 each. And they are not alone. Roughly 10,000 Dreamliners have been produced over the last decade.