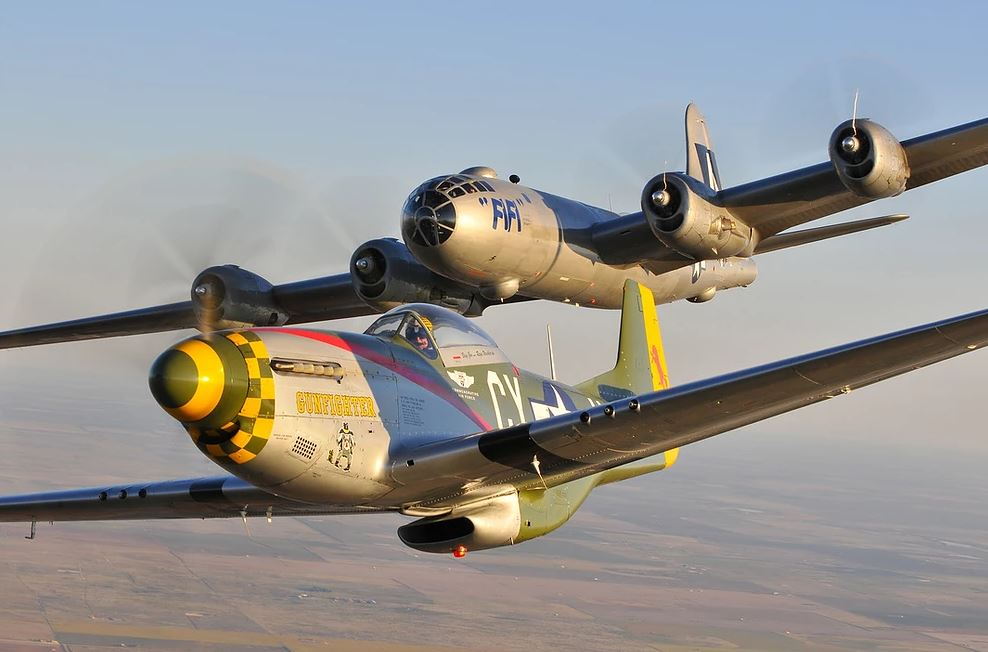 Very few pilots are married to another pilot. And a couple flying a World War II-era aircraft sounds about at rare as it gets. But Sandy and Andy Travnicek, a couple from New Hampshire, are sharing their love of aviation history and flying classic planes, together.

The Travniceks are offering the chance to fly in a World War II airplane this week at Youngstown Warren Regional airport.

The pilot couple want others to experience what it was like for pilots to fly in World War II. Both from inside the aircraft and out.

Aviation enthusiasts get to experience a variety of planes during the tour are listed below:

Visitors will also get the opportunity to learn intimate details about each plane, such as issues pilots experienced while flying them, who flew the airplanes, and other historic information.

According to Andy, “It’s a mission to educate people, both on the history of our country and what was done, but also to show people what’s available”.

Each of the aircrafts showcased during the tour are living tributes to aviation history. Being able to physically touch and see these planes is a rare opportunity you likely don’t want to miss.

After leaving Youngtown, Ohio, the tour will move on to Pontiac, Michigan.

General admission for adults is $10, and children younger than 10 get in for free.

For more information about when the tour will be in your area, check out the Air Power History Tour schedule here.

Who Are Pilots Andy and Sandy Travnicek?

Prior to piloting the AirPower History Tour, Andy and Sandy served in the military. They both flew missions in Afghanistan. After returning home, they became commercial airline pilots.

These days, they spend their extra time volunteering with the Commemorative Air Force in Texas, as well as running the Air Power History Tour.

Their shared history as pilots and love of aviation strengthens their bond. According to Sandy, “Having someone to share it with certainly makes it all that much more rewarding”.

Apparently, she’s not alone in the sentiment either. Andy went on the record to say “It’s nice to do something that Sandy enjoys also, and we can spend more time together where we’re not worrying about chores around the house”.

Be sure to check out the World War II aircrafts and this amazing couple on the AirPower History Tour before it ends this October.