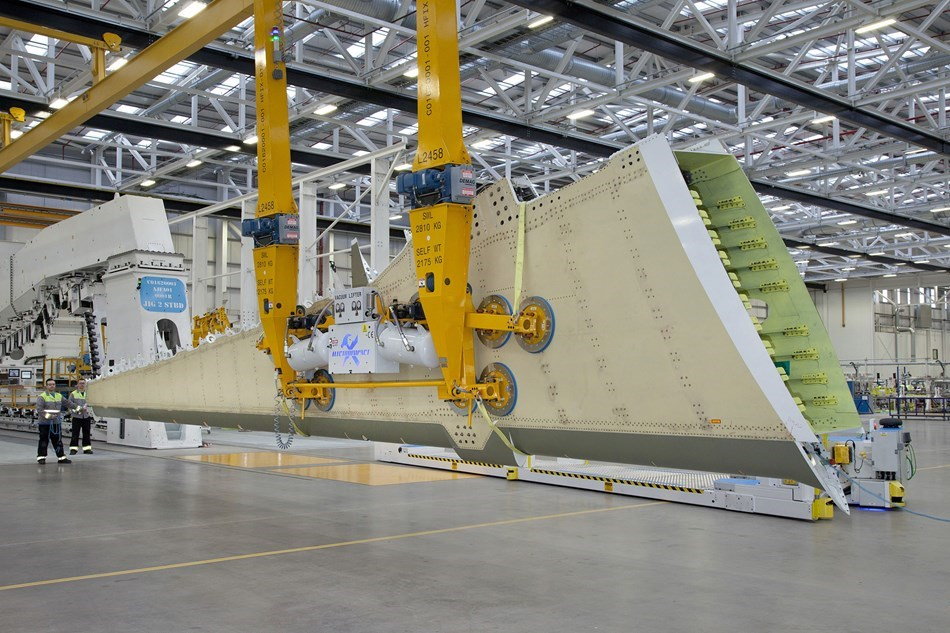 Reducing carbon emissions is a big political issue. But politicians aren’t the only ones hoping to reduce carbon emissions and curb, or halt, the current speed of climate change. Companies, and even aircraft manufacturers, are generating new solutions.

One such solution is a new eco-friendly airplane wing.

How Can Wings Reduce Carbon Emissions?

According to Air Transport Action Group, over 855 million tons of carbon dioxide were unleashed by aviation industries in 2017. And the number of flights has only increased since then.

With more and more carbon emitted into the environment, some people have already proposed a mandated aviation carbon tax. But this would cut into the profits of airlines.

To head off such an unwanted event, engineers at Bombardier Aviation developed new eco-friendly wings. The key to their creation is resin transfer infusion, or RTI. The process involves encasing dry material in resin and letting it set.

By utilizing RTI, Bombardier was able to create carbon composite wings that are 10% lighter than traditional metal alternatives. A lighter aircraft means a reduction in fuel consumption and less carbon emissions.

But that isn’t the only perk associated with the wing. Total duration of time spent manufacturing carbon composite wings is drastically reduced when using the RTI method. And that adds to the reduction of carbon emissions as well.

According to Dr. Dame Sue Ion, a judge on the panel, “Bombardier’s composite wing reflects how excellence in aeronautical engineering benefits both society and the environment."

Although eco-friendly wings are a step in the right direction, more updates will continue to be needed to curb carbon emissions from the airline industry. Especially if the aviation industry wants to avoid mandated carbon taxes in the future.

Electric airplanes are the next big hurdle. Aircrafts capable of running on both electric and fossil fuel are likely to be in service by 2022. Pilots operating hybrid airplanes can anticipate flying about 200 miles using an isolated, energy consumption specific, battery. Beyond the 200 mile mark, aircrafts will be designed to switch over to traditional fuel burning methods.

That small electric window may not seem like much in the way of reducing carbon emissions, especially on longer flights, but the opposite is true. A large portion of pollution occurs during takeoff and landing. As a result, shorter flights tend to produce more emissions than their longer counterparts.

By switching over to hybrid aircrafts with less expensive wings, airliners can reduce operating and maintenance expenses. This could not only reduce pollution, but it might also result in lower ticket prices, more passengers, and flights. Rural airports might see an increase in traffic if they can expand their commercial services.

These new developments should be welcomed by pilots because the alternative – a heavy carbon tax for aviation – might be particularly costly for the industry.