Young Pilots Dream Big (And the Steps to Become a Pilot) 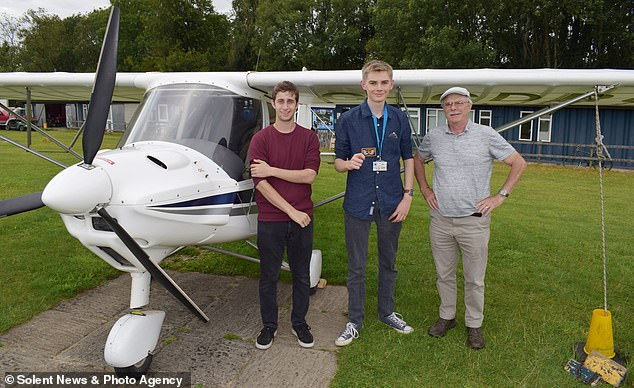 For aspiring pilots, the desire to fly can start young. Maybe that desire stemmed from a family member being a commercial airline pilot or maybe it came from looking up to the vast sky above.

Today we’re going to focus on an amazing accomplishment of one young pilot who has plans to fly commercially as his career.

A Pilot but Not a Driver

On the day of his 16th birthday, Oliver Jarrett became the youngest British pilot by passing the flight test at Popham Airfield. The aircraft he was in at the time, dubbed the Ikarus C42, is also the 2-seater aircraft he trained in for 2-years.

For those keeping track, that means Jarrett started taking lessons when he was 14.

According to Jarrett’s flight instructor, the young man likely could have passed the flight test prior to his 16th birthday. However, due to age restrictions he wasn’t permitted to take the taste.

And speaking of which, Jarrett is only permitted to fly unaccompanied around the Popham Airfield until his 17th birthday. But once that day arrives, he can take the full aviation test, making it legal for him to fly beyond the airfield, so long as he remains within Britain.

To explore the skies internationally, specifically as a commercial pilot, Jarrett will need to take on additional training. While this training might take on a price tag of Euros in the six figures, Jarrett will not be deterred.

His plan is to become an instructor and save up until he can accomplish his dream of becoming a commercial pilot.

How to Become a Pilot

Young adults hoping to become a pilot can follow in Jarrett’s footsteps where applicable.

For aspiring young American pilots, here are the steps to take:

In addition, some additional education, such as a Bachelor's degree or at least 2-years of college, may be required. To determine if this needs to be included in your career plan, check the requirements for the commercial airline you would like to fly for.

That said, it is worth noting aviation applicants increase the odds of being hired in a timely manner if they have college experience on their resume.