An Affordable Take on the Classic Big Pilot Watch 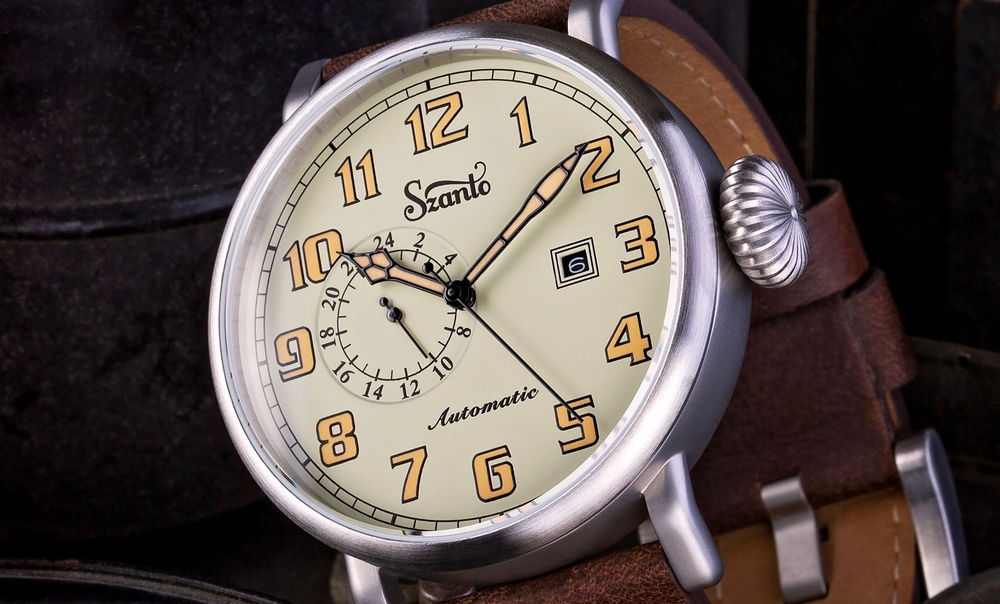 Many innovations in watchmaking have come in service of aviation. As a result, a true pilot’s watch is more than just a timepiece worn by a pilot. A pilot’s watch is a specific style of watch with a rich history and unique design.

One design is the classic Flieger of World War II.

A third design – one we’ll look at today – is the Big Pilot.

The fame of the Big Pilot design dates back as far as 1909. As we said, the history of aviation and watchmaking runs deep.

It was on July 25, 1909, that Louis Blériot became the first pilot to make a plane voyage across the English Channel. This 25 mile (40 kilometer) flight from Calais, France, to Dover, United Kingdom, might seem unimpressive to today’s commercial airline pilots, but this is a key moment in the history of aviation. 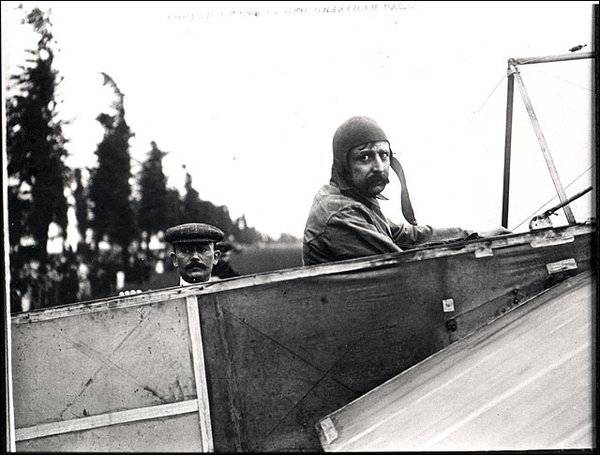 Blériot’s journey was a dangerous one. His aircraft was the Blériot XI, a small monoplane with a wooden frame. Despite turbulence and a pancake landing, Blériot’s 36.5 minute flight was a success.

Although Blériot chose not to fly with a compass, he did have one tool with him – his Big Pilot watch.

The defining factor of Blériot’s watch was its bigness, and this is for a reason. Large numbers and a black dial ensured easy readability, as did the large cathedral-style hands. The crown was also larger than the average wristwatch in order to make it easy to manipulate while wearing gloves.

Although Blériot’s watch was made by Zenith, many other companies have since made Big Pilot watches. Both aviators and aviation-enthusiasts love wearing this piece of history on their wrists.

The company Szanto has tried to make a Big Pilot that is affordable enough to be enjoyed by anyone.

As a brand, Szanto’s style is pure vintage. Their mission is to take watch designs from the early 20th century through the 1970s and reimagine these classic watches for the modern era. Szanto’s Big Pilot Automatic 6100 series is their take on the Big Pilot.

Airline Pilot Central wasn’t paid to write this article nor is it sponsored content, but Szanto did send over a Big Pilot 6103 so we could give you a hands-on review.

The 6103 that Szanto sent to APC features a cream dial that has almost a yellow-greenish tint to it. The cream fits the vintage aesthetic, but if you prefer to a black dial, that option is available on other models.

The hands are cathedral hands – just like Louis Blériot’s watch. Cathedral hands take their name from the stained-glass design from the eponymous buildings. The hour hand is tipped with the shape of a spade. 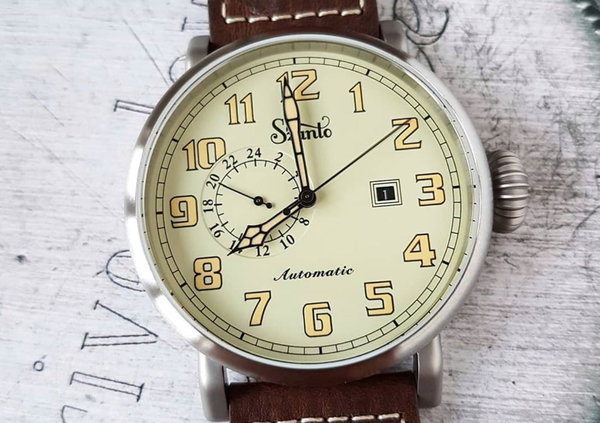 The hands themselves are also unique in their faded orange coloration. The hands on this modern Big Pilot are made visible in the dark due to the glow-in-the-dark Super Luminova. But Super Luminova wasn’t always available for pilots.

In the past, the need to use pilot’s watches in the dark led watchmakers to use paint with radium on their watches. Of course, radium is radioactive, and safety concerns eventually led to alternative methods to make your watches glow-in-the-dark.

In order to preserve the classic look, Szanto has colored the hands and hour markings to look like the radium-coated markers seen in the original watches. It’s a nice touch that brings a unique character to the color of the hands and large Arabic numerals.

The watch features a central seconds hand that sweeps according to the automatic movement in the watch.

The two complications on the watch are the date window and a unique 24 hour dial.

The date window peers into the date displayed on a black background. A plain white date wheel would have looked ugly against the off-white cream, so there was some thought put into this specific feature. The date window is further surrounded by concentric squares, which makes the feature feel like it wasn’t an afterthought. 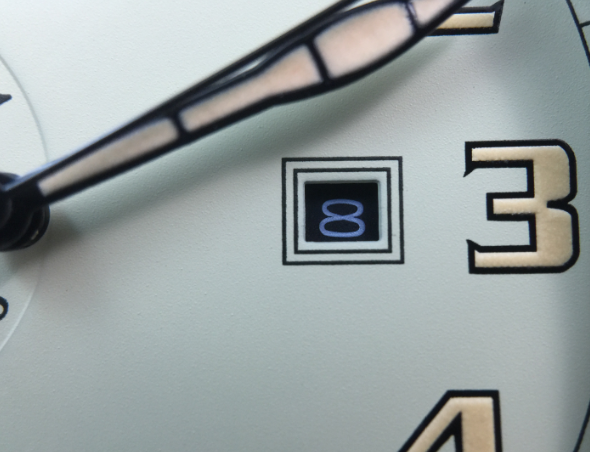 The 24-hour dial sits at the 9 o’clock position and tells you the hour in military time. This hour hand moves when you set the 12-hour time and cannot be used to tell the time in another time zone like a GMT complication. This limits its functionality, but it could still be useful for those who need to instantly know the military time.

Only “Szanto” and “Automatic” are printed on the dial, so all the attention rightly goes towards the vintage design and the two features at 3 and 9 o’clock.

The most polarizing aspect of the Szanto Big Pilot Automatic is precisely what gives the watch its name – it’s big.

The stainless steel case comes in at 46mm and measures about 54mm from lug-to-lug. This watch will look best on those with wrists that measure 6.75” or more in circumference.

Many modern sports watches come in large sizes – often 42-43mm case size – and the Big Pilot is even larger than those. For those that want to feel the presence of an historical timepiece on their wrist, this watch will satisfy that craving.

Fortunately, the lugs do curve downwards around the wrist, which mitigates some concern about the overall lug-to-lug length.

And regarding the size, this is true to the original Big Pilot design. Some pilot’s watches used to get up to about 55mm in case size in order to be worn over a jacket! Of course, that’s no longer the case, so it puts the 46mm size into perspective.

The Big Pilot watch style was designed to be read while attempting to pilot a wooden monoplane in 1909. Legibility and size were a must. Similarly, the classic onion-shaped crown on the case also makes its presence known. 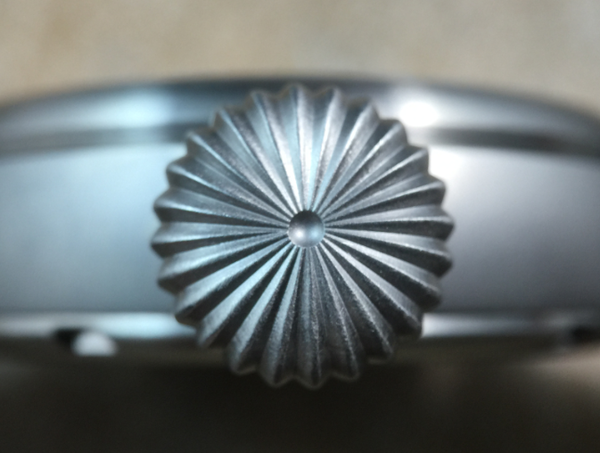 The case itself isn’t overly thick and comes in at about 12mm. The metal has a sandblasted finish, which completes the look as a rugged tool watch.

The crystal is a hardened K1 mineral crystal. Although sapphire crystals with better scratch resistance weren’t available back in 1909, that’s one modern feature that we wish Szanto would have implemented in this Big Pilot. On the other hand, the mineral crystal is one way of keeping costs lower.

Szanto’s Big Pilot Automatic is rated for 100 meters of water resistance, so pilots that stay in the air and not the sea will be fine.

The Big Pilot 6103 from Szanto includes a dark brown strap with lighter grey-ish contrast stitching that meshes well with the lighter colors on the dial.

The strap is a surprisingly soft and comfortable genuine calf leather. While we don’t know how it will hold up over time, this has to be one of the better quality straps in the affordable watch space. 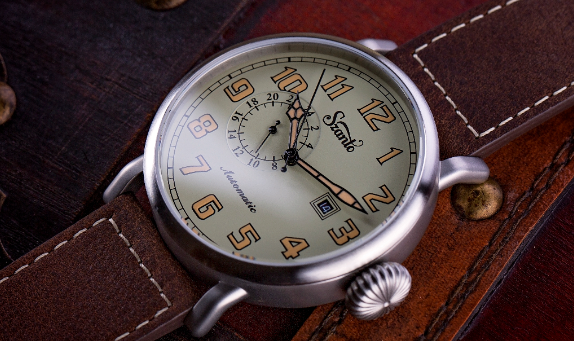 To fit the size of the watch, the case has a lug width of 24mm. That’s important info if you want to switch out the strap, but you probably won’t.

This is an automatic watch, so no battery is needed. The rotor spins with the motion of your hand and winds the watch.

You can see this action through the exhibition caseback if you turn over the watch. Szanto has printed their logo on the caseback. It's a bit obtrusive, but you can still view the balance wheel do its thing.

The movement itself is the Miyota caliber 8217. This Japanese movement is common in the microbrand world and is a reliable, if unremarkable, engine.

While most people are probably buying this watch because it mirrors the Big Pilot design style, it’s nice to have a mechanical movement inside to complete the old-school package.

Szanto creates vintage-inspired pieces for a mass audience. and that is reflected in their pricing.

And even better – Szanto is offering readers of Airline Pilot Central a code for 50% off any of their watches. Just enter in the following code at checkout.

Shipping in the United States is free.

The Szanto Big Pilot Automatic honors its heritage and adheres closely to the classic aesthetic of the original Big Pilot watch design. The radium color, cathedral hands, large numerals, and the finish of the metal work together to give you the feeling of wearing and looking at a vintage aviator’s timepiece. And the 24-hour subdial adds a bit of unique flair.

With the 50% off code for APC readers, you can own a Big Pilot style watch for only $200. While we would have appreciated a sapphire crystal or a couple options for smaller sizes, this price simply can’t be beat for an iconic pilot’s watch design.