Big Raises Are on the Way for Pilots at Hawaiian Airlines

Published: 02-22-2017
Pilots at Hawaiian Airlines can finally breathe a sigh of relief. 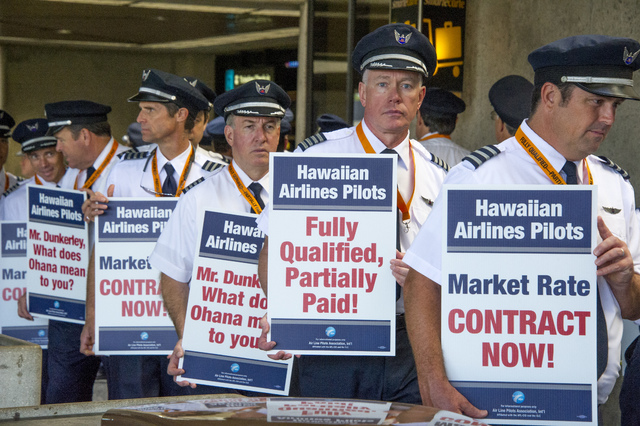 Pilots at Hawaiian Airlines can finally breathe a sigh of relief. After seeing their peers at major airlines receive big pay raises in the past year, a tentative agreement has finally been reached between Hawaiian Holdings and its pilots.

The Air Line Pilots Association (ALPA), which represents the pilots at Hawaiian, will hold a ratification vote next month, between March 6 and March 24. Once ratified, the contract will kick in on April 1 and will be in effect until July 1, 2022.

The exact details of the tentative agreement are not yet clear but pilots may see an immediate raise of up to 45 percent, and pay rates will increase by 36 to 86 percent by the end of the contract, depending on the pilot’s seniority and aircraft type.

This contract will place Hawaiian’s pay scale closer to Delta Air Lines. For example, top pay for A330 captains at Hawaiian will be $290 per hour, which places them close to Delta’s top pay of $316 per hour for their A330 captains.

“We have achieved pay that is within reach of Delta and United, and comparable to FedEx and American,” ALPA’s Hawaiian master executive council said.

More details will follow once the contract is ratified and the updated pay scale will be up on Hawaiian’s APC profile soon.